CRS Report on Severe Winds and Tornadoes in the United States 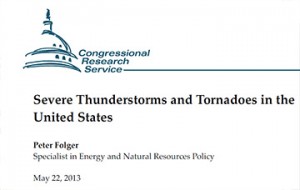 The Congressional Research Service has issued a Report on Severe Winds and Tornadoes in the United States. Ed Thomas has looked at the Report; and highlighted this copy. Ed’s immediate thoughts on the Report are:

1.) The CRS Report on Severe Thunderstorms and Tornadoes is definitely worth a close look.
2.) This report is an in-depth analysis, which however, misses a very important concept almost entirely. The Report correctly notes that zoning and building codes can play a significant role in developing resilient communities, it indicates that these “are …are traditionally state and local issues and not congressional concerns per se.”
3.) I would suggest that the federal government provides extensive appropriates and unappropriated funds to support development of schools, infrastructure, homes and many other forms of development and re-development. Such support is especially evident following disasters. David Conrad and I wrote a paper published by the Brookings Institute which, in essence, suggests that the federal government can save billions of dollars in expenditures by conditioning all forms of federal assistance on that assistance being used to build safely and properly. Schools in Tornado Alley without safe rooms, and homes in tornado alley not built to modern building code standards are but two examples of construction which the federal government has no business supporting through either direct appropriation or through unappropriated funding through the tax code.
4.) The Conrad Thomas paper, and 14 other ways to save billions for the federal taxpayer is available on the NHMA website and also at:
http://www.brookings.edu/research/interactives/2013/federal-budget-hamilton
A short summary of the Conrad Thomas paper itself is available at:
http://www.brookings.edu/research/papers/2013/02/reform-federal-support-risky-development
5.) I would suggest that Congressional thinking must be directed towards using all federal expenditures in such a manner that tragedies, misery, suffering and federal expenditures are reduced through more resilient development practices. 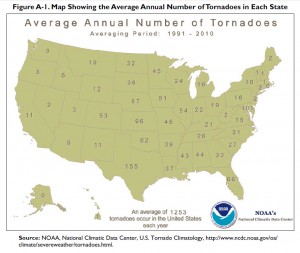