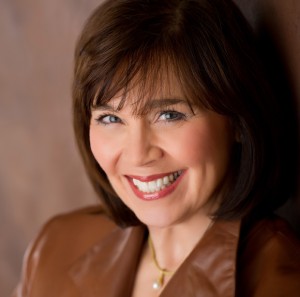 Biography
Jeanne Meserve has defined homeland security reporting. She covered the beat for CNN from the September 11th attacks through their tenth anniversary, as long as any reporter in the country. Her portfolio has included intelligence, law enforcement, cyber, aviation, border and port security. She has flown with a combat air patrol, reported from atop a crane in the port of Los Angeles, and watched undercover “red teams” test airport security checkpoints.
Meserve is currently a Senior Fellow at the George Washington University Homeland Security Policy Institute, and a member of the Aspen Institute Homeland Security Advisory Group. She is also President of Shore Road Multimedia LLC, which specializes in homeland security communications issues.
On the ground in New Orleans during Hurricane Katrina, Meserve was the first to report on the devastating flooding inundating portions of the city. CNN’s coverage of the storm and its aftermath won a Peabody Award. Judges for the 2005 David Bloom Award said her coverage revealed “extraordinary composure and compassion as well as her unwavering respect for the facts.”
Her experience in Katrina has given Meserve firsthand knowledge of crisis communications, as has her coverage of other natural disasters and major crime stories, including the Washington snipers, the Elizabeth Smart kidnapping and the Virginia Tech shootings.
Meserve has covered technology and its application to homeland security problems, including border security, nuclear detection, bioterrorism, and cyber. She has also used the latest field technologies to bring her stories to air.
Her understanding of the international terror picture is augmented by her years as a State Department correspondent for ABC News, where she reported from China, the Middle East, and Europe. She anchored CNN’s award winning coverage of Yitzhak Rabin’s assassination and the death of Princess Diana, and won an Edward R. Murrow Award for her reporting from Cuba on the international tug of war over Elian Gonzales.
An accomplished television anchor, Meserve has moderated interviews and policy debates for the Aspen Institute, the Council on Foreign Relations, the Bipartisan Policy Center, the Intelligence and National Security Alliance, and the Halifax International Security Forum. She often speaks to academic and policy groups.
Meserve received a B.A. in English Literature from Middlebury College, and is a recipient of the college’s Alumni Achievement Award.