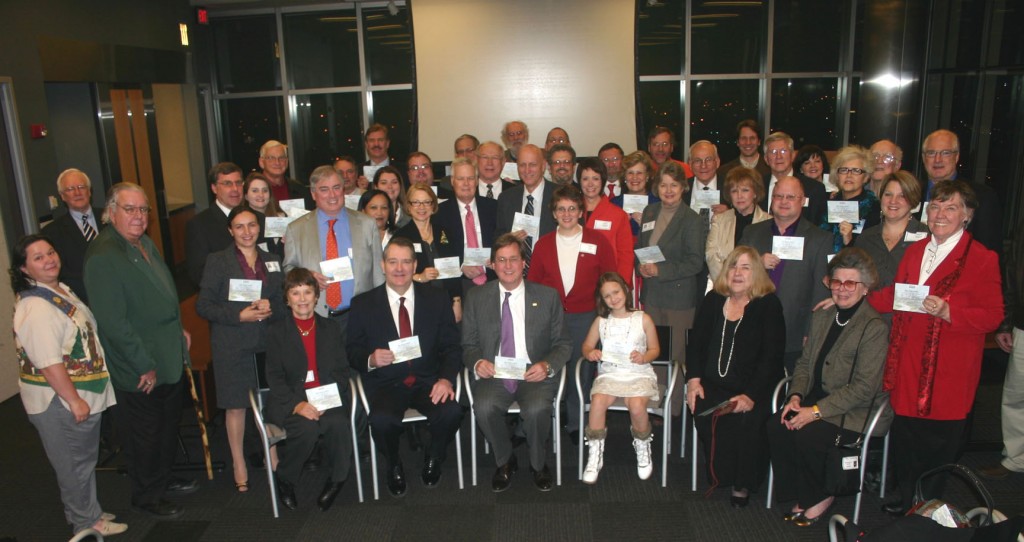 Tulsa is receiving a national award for its flood, tornado, and other disaster programs.

The “Tulsa Award” will honor the City and citizens of Tulsa for their community partnerships that created Tulsa’s hazard-management programs, said Edward A. Thomas, President of the Natural Hazard Mitigation Association. The NHMA award will honor Tulsa as the national model for community improvement in the disaster field, he said. NHMA is naming its highest award the “Tulsa Award,” for future recognition of outstanding communities.

“We wish to honor Tulsa for its remarkable transformation over several decades from a city of almost-perpetual disasters in the 1970s to a beacon of light now,” he said. “Tulsa was once a poster child for everything that is wrong and now has become the poster child for everything that is right in community betterment. We want to honor those who created this important model, which is of great value to the nation and the world.”

The Tulsa community partnership honored by the award includes Tulsa’s citizens, the City of Tulsa, and Tulsa Partners Inc., a nonprofit that exemplifies collaboration by its work to reduce disaster losses through public-private partnerships. The award honors the many dedicated volunteers, including grassroots citizens, first responders, nonprofits, businesses, political leaders, and government agencies, who have worked together since the 1970s to reduce the toll of floods, fires, tornadoes, winter storms, and other hazards.

“One benefit of this work is that Tulsa has not experienced a major flood for 25 years, although between 1970-1985 Tulsa County had nine federal flood disasters, the worst record in the nation to that time,” said Tim Lovell, Tulsa Partners executive director.

“This outstanding award recognizes hard work by scores of Tulsans over more than three decades,” said Ann Patton, founding director of Tulsa Partners and NHMA 2nd vice president, “and challenges us not only to continue but to redouble our efforts to keep Tulsa safe and sustainable.”

The NHMA’s annual business meeting is also planned for Dec. 9-10 in Tulsa.